“Clans of the Old World” was painted to embrace the similarities of my ancestry with those of my husbands Irish Celtic /Gaelic ancestry. It is thought by some, that my ancestors ancestors came to this continent via the land bridge some 12,000 years ago which would have been roughly toward the end of the last ice age. My husband’s ancestors seem to have appeared in Ireland about 8000 BC, or ten thousand years ago, also thought by land bridge. They may have traveled across Ireland on gravel eskers, or ridges formed by glaciers of the last Ice Age (an ancient highway). Both of these people were hunter gatherers. Both had cultural traditions pre-dating Christianity. Both had spirits and gods and legends for seasons, war, love, farming, luck, and children. Both have been condemned for ritual practices considered to be pagan. I have used five overlapping circles to compose the seasons and the eight pointed star to compose the moon phases. 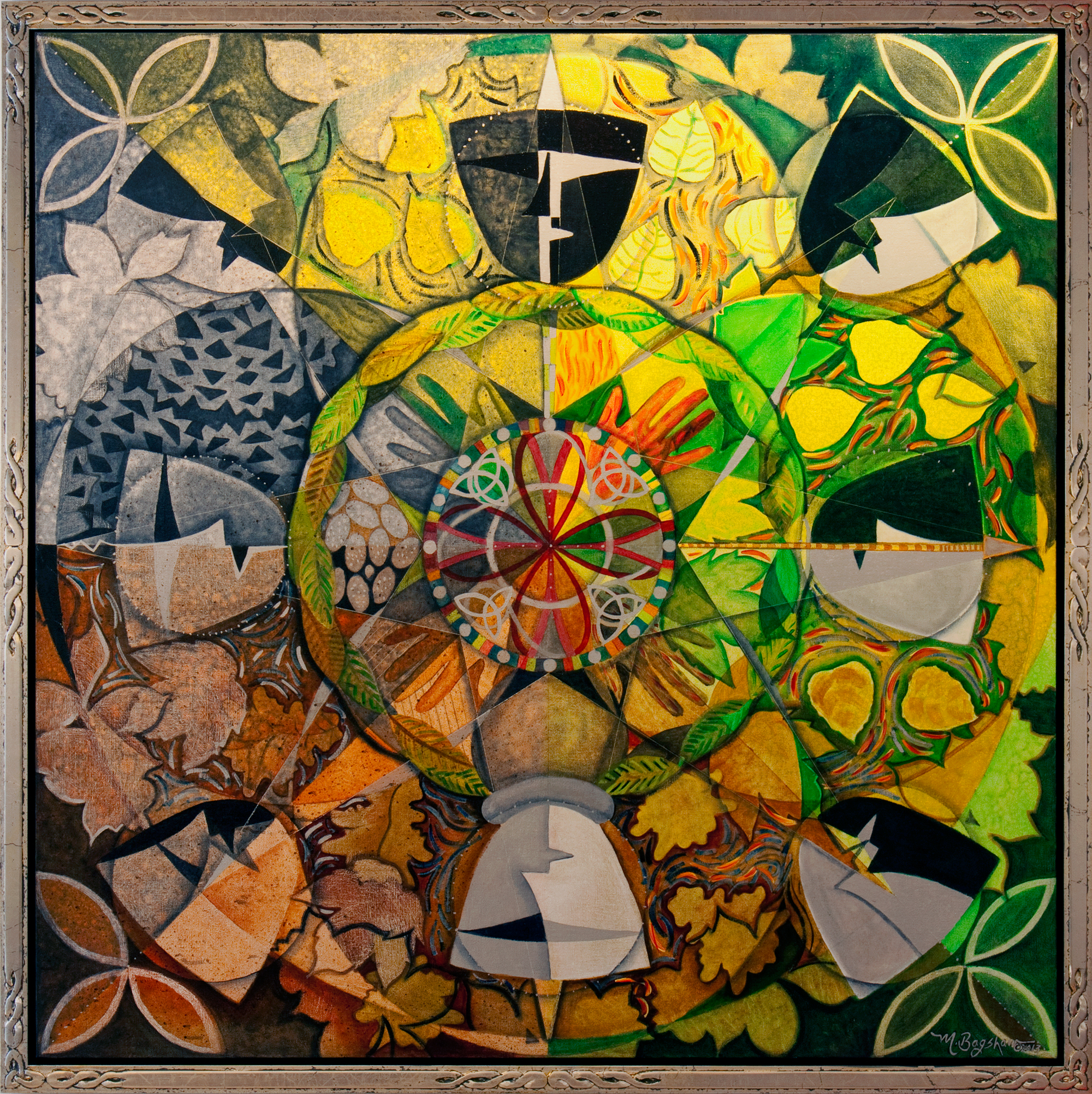